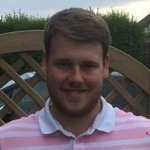 Jordan Clements - Assistant PGA Professional
Jordan started playing golf at the age of 10 and joined Northcliffe at the age of 12 where he has represented the Golf Club & the Bradford Union at every level. He captained the junior team for three years, winning the Division One title in that time & in 2016 he also won the Bradford Open. Jordan is a qualified Ping Custom Fitter & has a good knowledge of club repairs. He is still currently an amateur but has ambitions of being a Tour professional.

Don't miss updates from us.

Thank you for signing up.

One last step - You will receive an email from us in the next few minutes. Please click the link to confirm you are happy to receive our weekly newsletter.